What is Mecmesin | Texture Analysis?

Mecmesin | Texture Analysis is the rebrand of our Food Technology Corporation (FTC) business under our parent Mecmesin brand.

Through our 15 plus year association with FTC, Mecmesin has built up extensive experience in practical food texture measurement.

This rebrand is part of our strategy to emphasise the strength of our capabilities and to grow our food texture analysis business.

Our expertise combined with our cost effective solutions for field, factory and laboratory test environments makes us the ideal partner for your texture measurement needs. 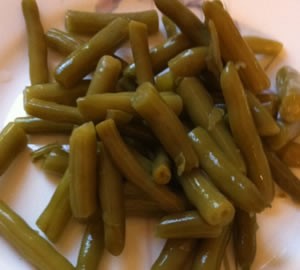 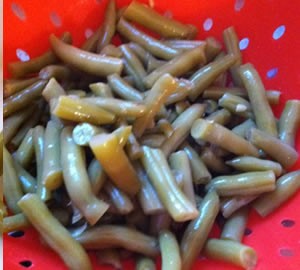 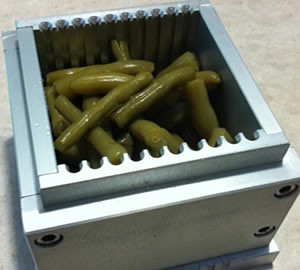 The following data was gathered in effort to compare the textural properties of two similar products with minor differences in formulation. The two products submitted for testing were a control (regular) and a low-sodium variant. The ultimate goal for a company, when producing a product with modified recipe, is to make it as similar to the original as possible. Currently, sensory panels are the primary method of evaluating the final texture of the two products. Texture analysis is designed to create an objective evaluation of them.

Tests were performed with Food Technology Corporation’s (FTC) TMS-Pro texture analyzer. The system was fitted with a 2500N Intelligent Load Cell (ILC) along with a CS-1 Standard Shear Cell. This particular cell is designed to test products in bulk instead of doing one piece at a time. Bulk testing generally produces more consistent results as it takes into account more variation that occurs from piece to piece.

Each test replication involved draining the bean samples and allowing the products to sit for 90 seconds. 100 gram samples were measured and placed in the CS-1 Shear cell. Once placed in the texture analyzer, the Texture Lab Pro software moved the blades of the test cell down at a speed of 250 mm/min to a distance that was far enough to ensure that the product was completely expressed through the bottom of the test cell. Upon completion of the test cycle, the software automatically calculates the peak force of compression or “firmness” of the sample. In addition, the work (area under the curve) was calculated as an additional defining factor though in this particular test only the firmness value was used.

On the right you can find the graphical representation of the samples that were tested. The X-axis is displacement and the Y-axis is force.

In looking at the graph, one can visually see that the two products are very similar. Below the graph there a table showing the calculations that were done on the above graph.

The table of results echoes what the graph above shows. The average result for both products in relation to the firmness values was almost identical. Additionally, both the standard deviation and the coefficient of variation (COV) indicate a low level of variance in the product and the application of this test method. Generally, in food texture testing, a COV of 10% or less would be considered within an acceptable range.

Based on the results, it can be concluded that there is not a significant difference between the regular and low sodium products in respect to the overall firmness of the product. Typically, the ability to measure a difference in similar product would be the goal but seeing a close similarity can be equally as important. For the producers, being able to measure how a different formulation can affect the final product is invaluable. In this particular case, the results show that the variance in formulation of the two products had little if no influence on the final product where firmness is concerned.